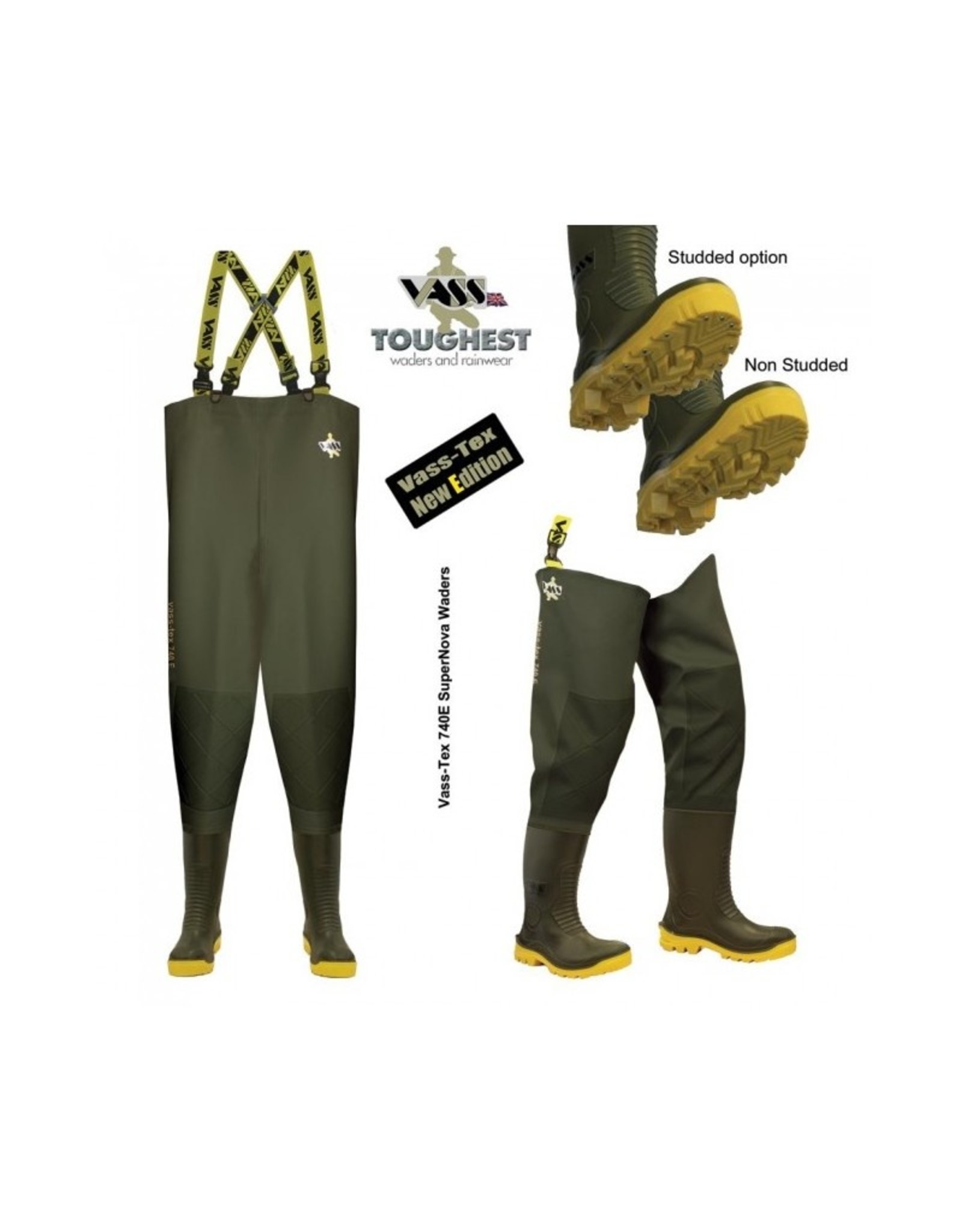 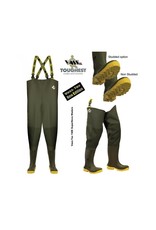 The Vass-Tex 740E SuperNova range has earned the right to be the ‘Best PVC Wader’ on the market. However as part of Vass’s constant development this tough wader has become tougher! The Vass-Tex 740E SuperNova now boasts the addition of the New reinforced ‘Vass Boot’ as well as the addition of front D-Rings on the chest wader for attaching your fishing tools or chest bag.

Many of you have probably experienced problems with other brands of PVC waders letting you down or finding Neoprene and breathables too delicate for the job! These are the reasons why Vass have continued to developed the premium ‘Vass-Tex 740E Waders which offer you the most advanced and toughest PVC wader on the market. In addition to high quality of manufacturing and raw materials used, Vass have combined over 10 market leading features which include exclusive Vass-Tex 740 ‘Heavy Duty’ material (smooth thick PVC outer with soft flexible polyester reverse) and now the new Ultra Chunky ‘Vass Boot’ to mention just a few.