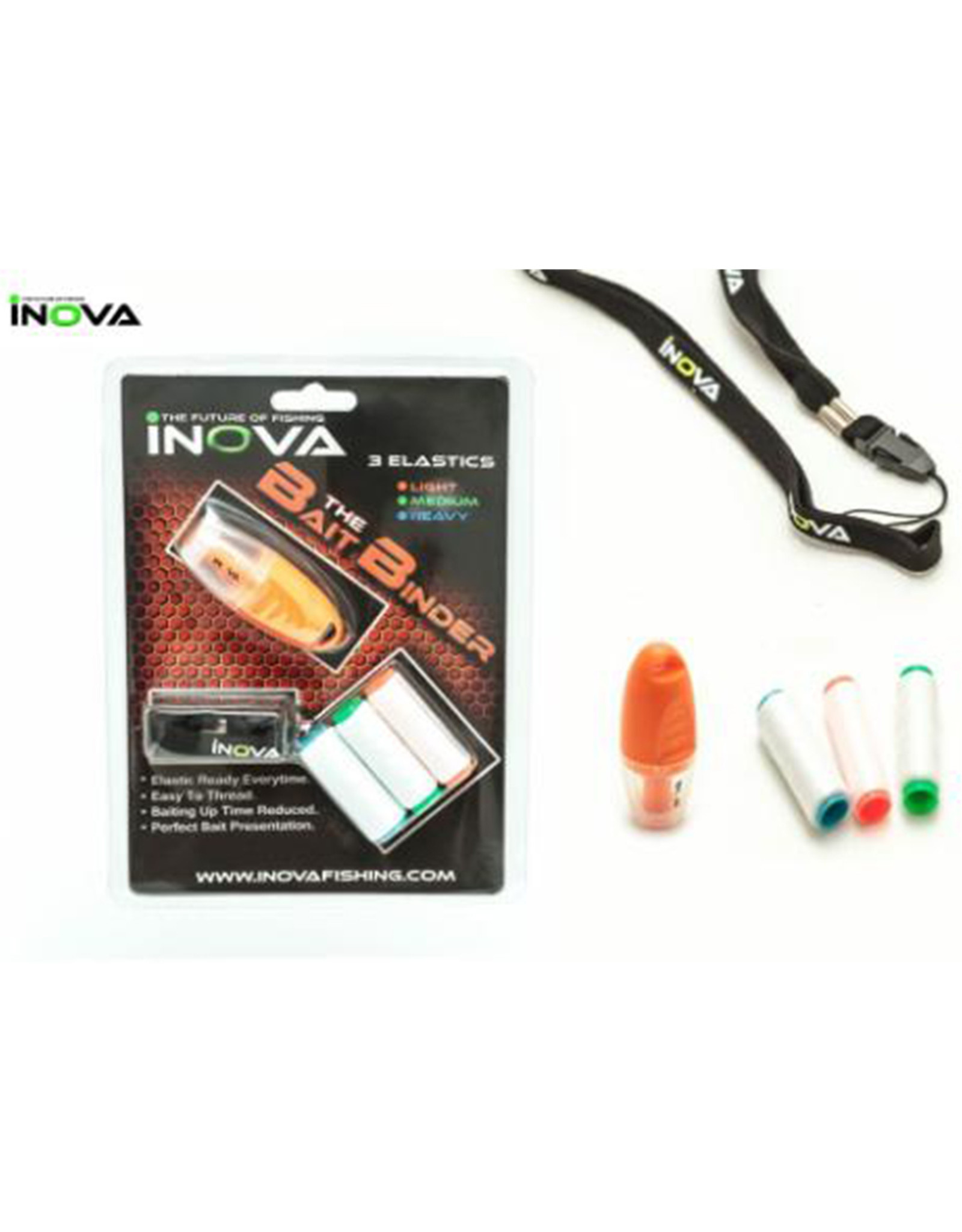 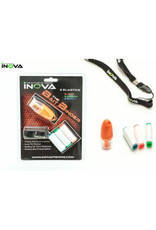 INOVA are a new brand in the fishing tackle trade and have recently introduced an improved bait elastic dispenser called the Bait Binder. Most anglers that we have spoken to have been using this little gem for a couple of months and find it the best elastic thread dispenser by far on the market.

There are several improvements and modifications made, two of which you’ll notice straight away. The nose of the Bait Binder is now clear see-through plastic. The other half of the body is a bright orange, which is much easier to see if its dropped in shoreline weed, grass or misplaced on the sand or shingle at night.